Click here to read the full article in RFID Journal by Claire Swedberg, or read a brief summary of the article below. 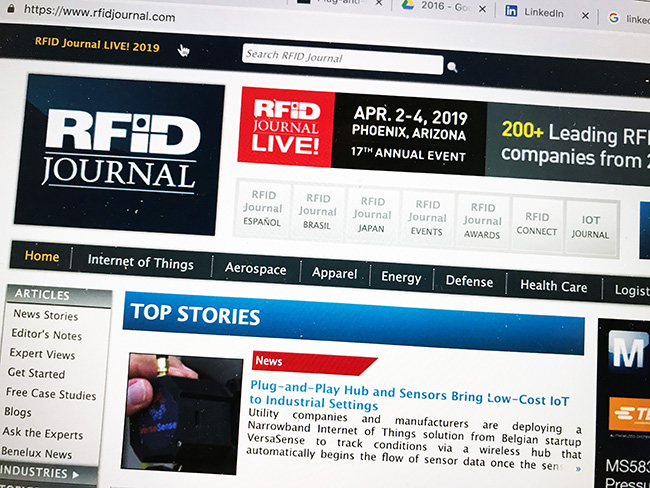 Internet of Things (IoT) company VersaSense has released a low-cost wireless solution for capturing data from sensors, which can be easily deployed in high volume, the company reports. The solution, known as the IoT Fabric, consists of a sensor hub that can be linked to most sensors, along with cloud-based software to manage the collected sensor data. Several utility companies and large manufacturers are currently tracking the conditions at their facilities via smart meters, valve-position monitors, leak detectors and other sensors.

The system employs Narrowband IoT (NB-IoT), a low-power wide-area network (LPWAN) within the cellular standard, and operates with such standard IoT networks as 3G, Wi-Fi and LoRa. The VersaSense software can be hosted on a cloud-based server or on a customer’s premises, and can be connected to IoT platforms such as Microsoft Azure, Siemens Mindsphere or IBM Watson.

“VersaSense was seeking an alternative to existing IoT solutions that would be easy to use and low in cost,” says Danny Hughes, the firm’s CTO and co-founder, who formed the company in 2016. We created a single solution that could be easily adapted to any end user and application. Our clients know the data they need and they can work with the data, but are missing the way to acquire it. At the center of our system is the wireless device (or hub) that has a battery life of ten years. It includes NB-IoT, LoRa and SmartMesh IP radios; and can be connected to up with thousands of third-party sensor types that customers may already be using.”

“Upon receiving the hub, a user can simply attach the sensors. The hub awakens when a sensor is plugged into it, at which point it immediately begins trying to pair with the back-end software. At that point,” Hughes says, “the hub appears on the software and sensor-based data begins to flow. All subsequent control is carried out via a Web-based interface.”

“We can do very large site installations in a single day,” Hughes states. “When we say ‘plug-and-play,’ we mean zero-configuration, zero-skill installation. You just attach it, and the data is online. For the company,” he adds, “it’s critical that the technology that something that those who maintain the machines can easily install and manage.”